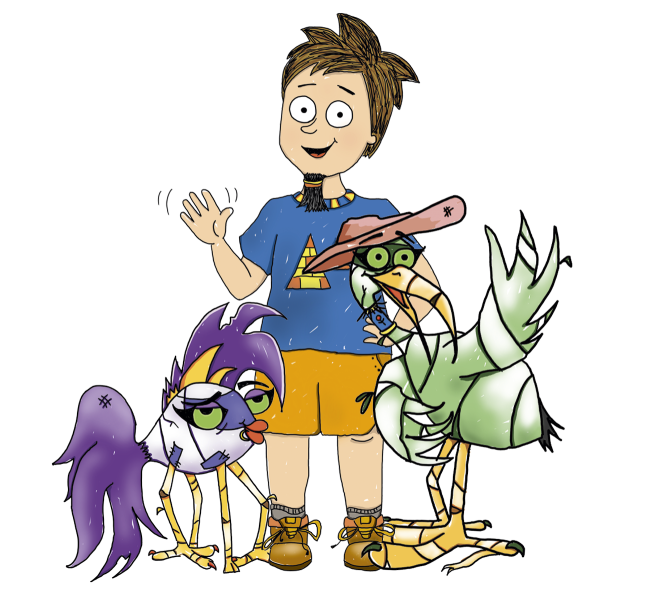 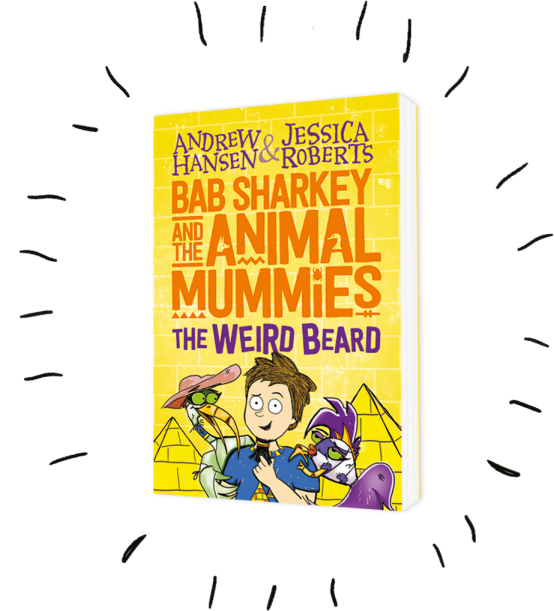 When twelve-year-old Bab Sharkey finds a magical beard in the Egyptian desert, it attaches itself to his face, making him the Pharaoh and granting him strange powers. Bab also finds the friends he’s always needed: a pair of undead animals wrapped in bandages called Scaler the Fish Mummy and Prong the Ibis Mummy. But the previous owner of the Beard, an ancient and evil sorceress called the Unpharaoh, is determined to get it back. Can Bab and his new Animal Mummy friends banish the Unpharaoh back to the Afterworld? 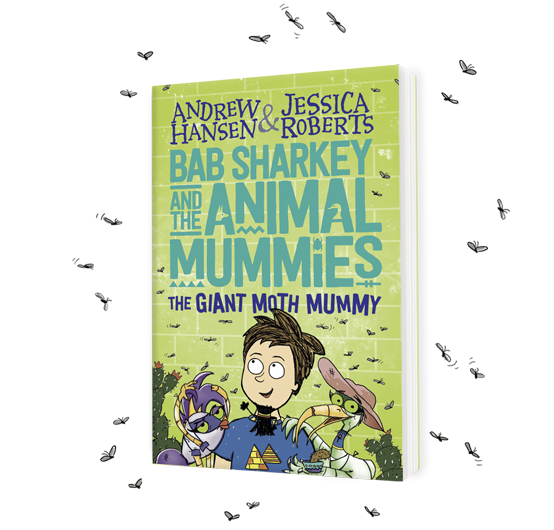 A dark river under the world. An Ibis Mummy with an upside-down head. And the whole of Mumphis in peril ... from six talking shoes. Boy Pharaoh Bab Sharkey returns to the magic city of the Animal Mummies. Only this time, he faces the grossest weapon ever devised - a giant mummified moth possessed by the spirit of the Unpharaoh herself! Can Bab and his smelly friends defeat this ancient evil? 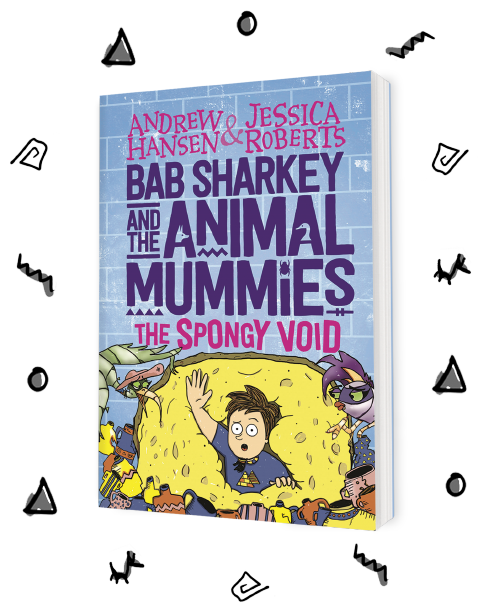 A mummified chunk of brain. A Fish Mummy sucked down a garbage chute. And a chamber of purple magic … that absorbs people like a sponge! On a rescue mission, boy Pharaoh Bab Sharkey becomes trapped in Egypt’s greatest pyramid. What is the terrible truth about the Unpharaoh’s past? Can Bab unearth the secrets of the Spongy Void? And will Prong and Scaler be thrown into a mummy museum forever? 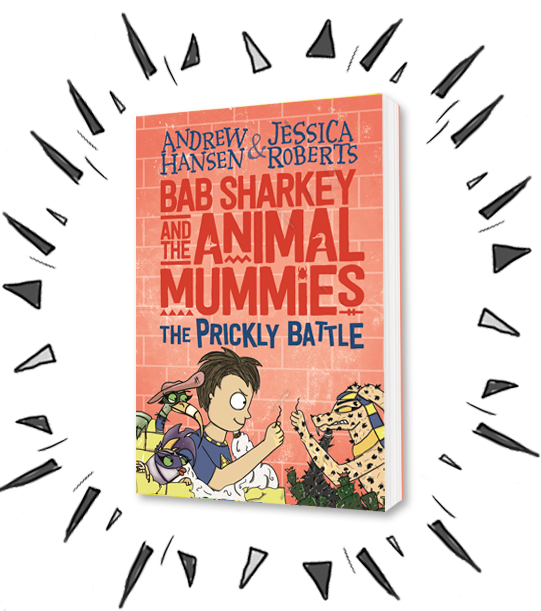 From the bonkers brain of celebrated Australian comedian Andrew Hansen and the hilarious head of Jessica Roberts comes Bab Sharkey’s fourth laugh-out-loud book! The Unpharaoh is resurrected once again – this time in the form of an evil beard! With Bab’s pharaoh beard destroyed, he’ll have to team up with Prong, Scaler and the Animal Mummies to stop the Unpharaoh once and for all. Perfect for fans of David Walliams and Ahn Do. 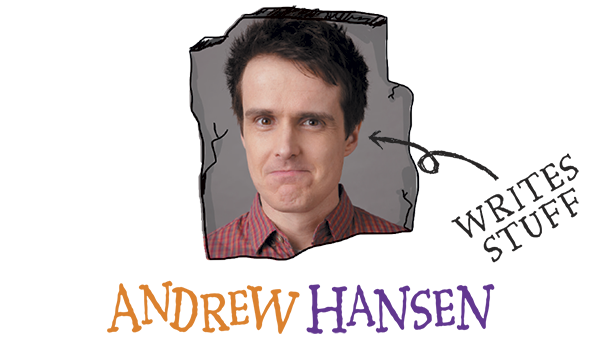 When Andrew isn’t writing about Animal Mummies, he writes and performs comedy. He hops on stage whenever he feels brave enough. Working with his friends in a group called The Chaser, he’s written funny newspapers and books. The Chaser have also made TV shows with silly names like Media Circus, The Hamster Wheel, The Chaser’s War on Everything, and even one called CNNNN which has more Ns in a row than any other show.

Jessica writes, draws and films stories. Originally from Kyneton, Victoria, Jessica grew up surrounded by an odd collection of pets including dogs, quails, chickens, sheep, goats, rabbits and a donkey who’d bite holes in your clothes if you weren’t careful. During a trip to Egypt, Jessica got the idea for this story when she saw real mummified animals in a spooky museum.